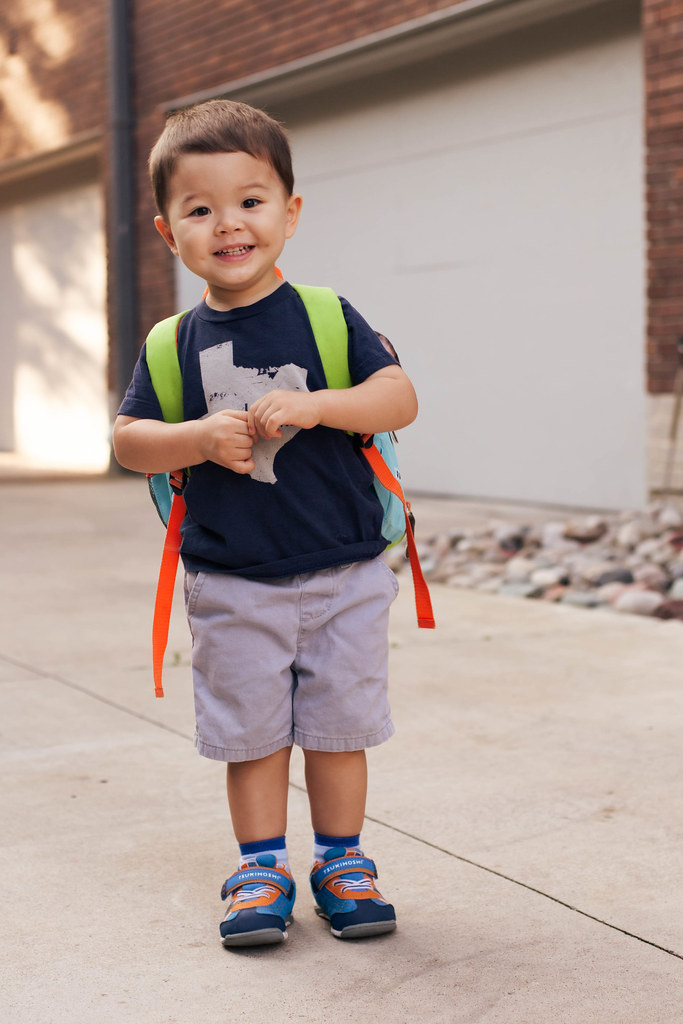 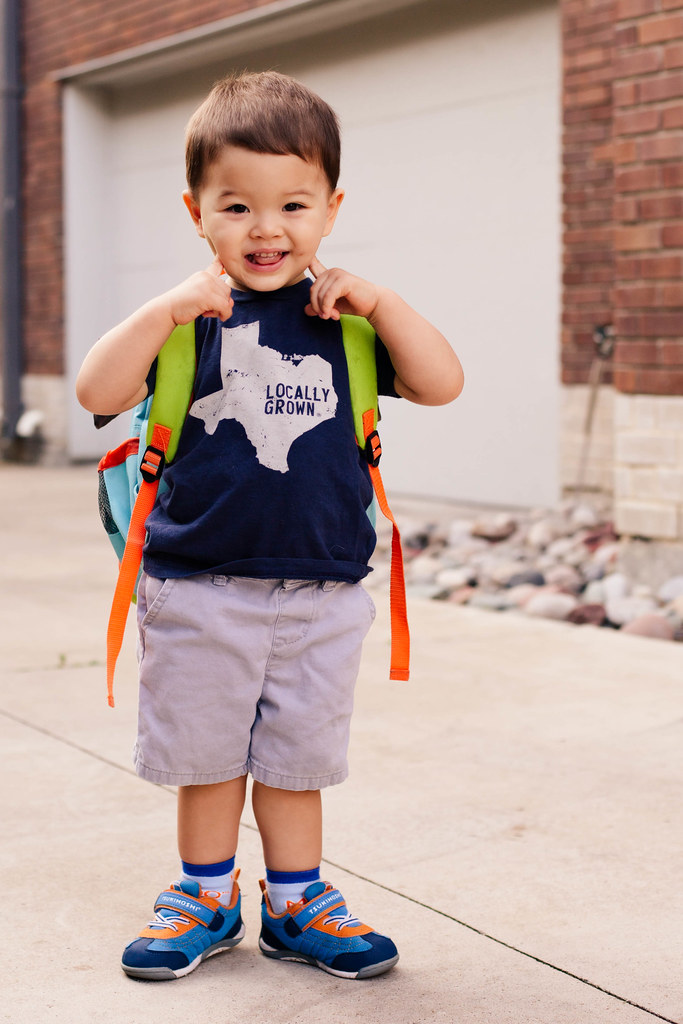 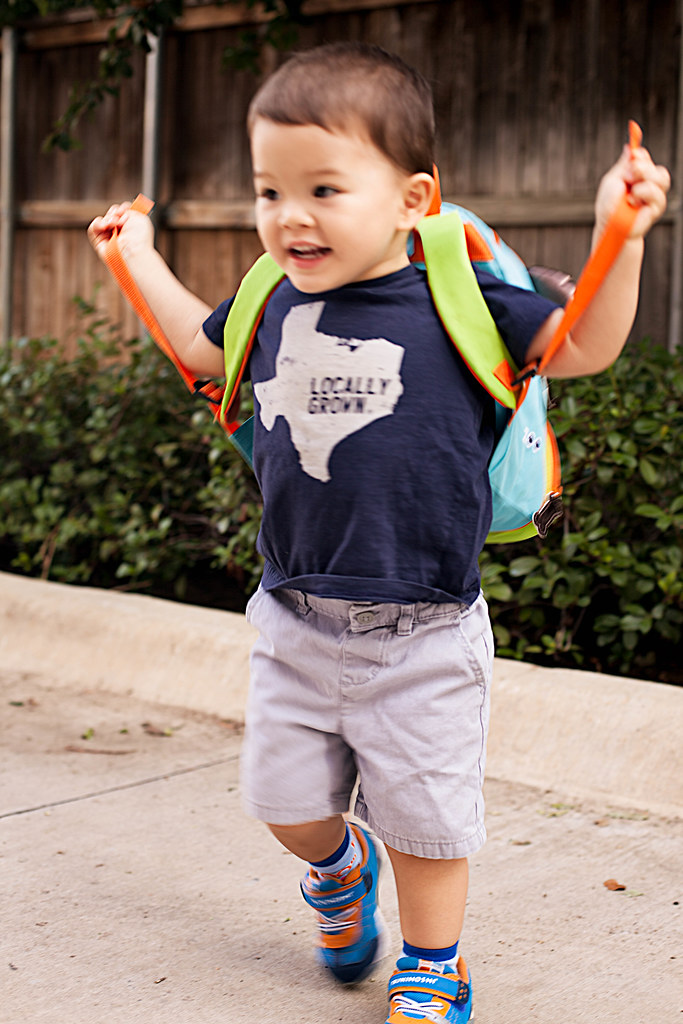 Dylan started his first day of preschool on Wednesday and to say it has been bittersweet is an understatement.  I bad been talking up the process of going to school for a couple weeks now with Dylan and we’ve even been reading some “going to preschool” books too I think have been getting him excited (this one is his fave).  This is Dylan’s first time outside of the home ever and while he’s always been a very social boy who’s taken to different surroundings surprisingly well, I undoubtedly had my worries.  Would he be ok being left in the classroom?  Would he eat his food without anyone there helping him?  Would he be ok using the potty (he’s been potty trained for about 3 months now but is picky about who takes him to the potty)?  Would he go down for his nap?  Maybe it was the pregnancy hormones, but I was a ball of nerves going into the week.

And so the first day of school came and Dylan was his usual happy babbling self over his breakfast of eggs, sweet potato, and edamame.  I packed his lunchbox with all his favorite healthy foods and prayed that at least some of it would get eaten.  And just like that, we were out the door.

Dylan and I had visited the school a couple days ago during a “Meet the Teachers” session, and he had so much fun with all the different puzzles and activities.  When Dylan saw me pull up into the school parking lot, he was literally pulling at his seatbelt so that he could go inside.  Dylan was bubbling over with excitement he played with all the new Montessori “work” options.  And since Dylan has had his moments of separation anxiety lately, I hung out with some of the other parents in my same shoes.  After seeing Dylan busy at work for about 10 minutes, I figured I’d say my goodbyes.  There was definitely a little bout of clingyness but as one of the teachers invited him over to work on a new puzzle, Dylan soon seemed to get over his fears.  I left the room seeing him happy work on a little fishing puzzle with his new friends. 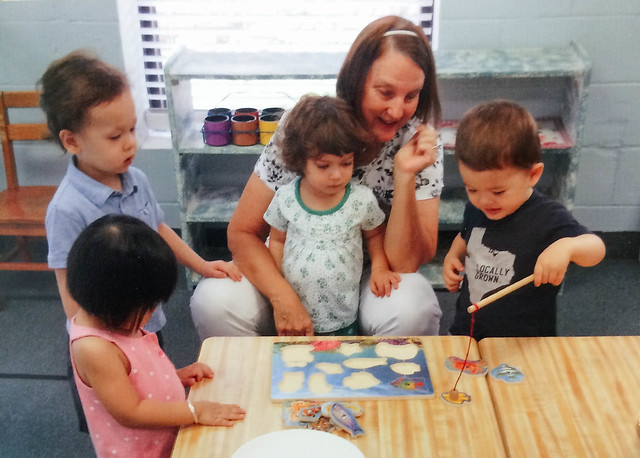 At that moment, I thought my heart would burst.  I had never felt so proud or so sad at the same time.  I was watching my little boy grow up. 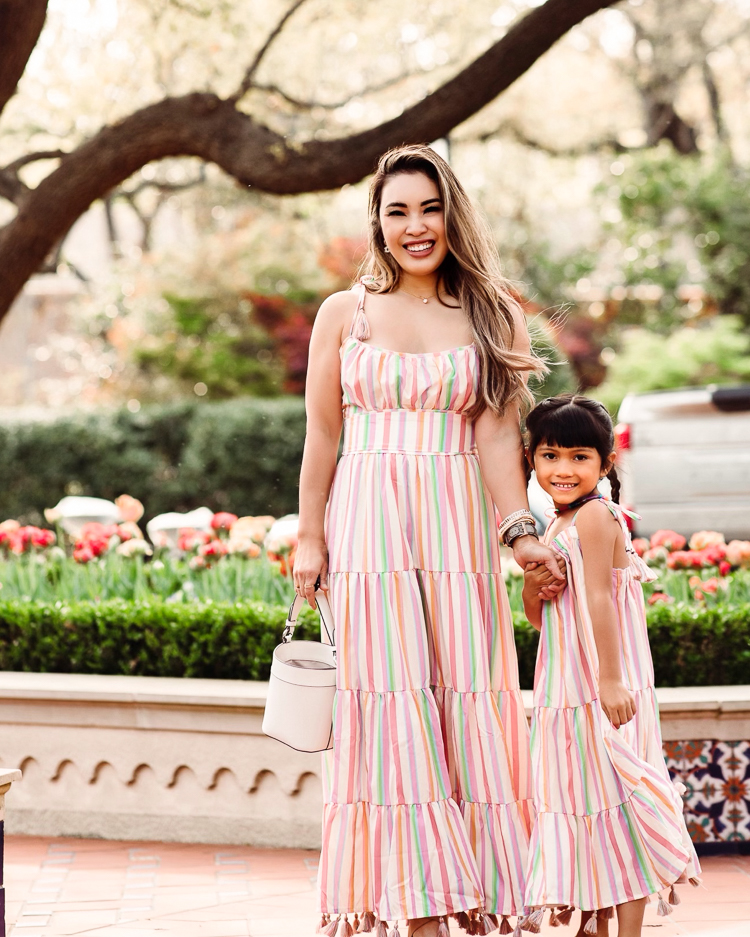