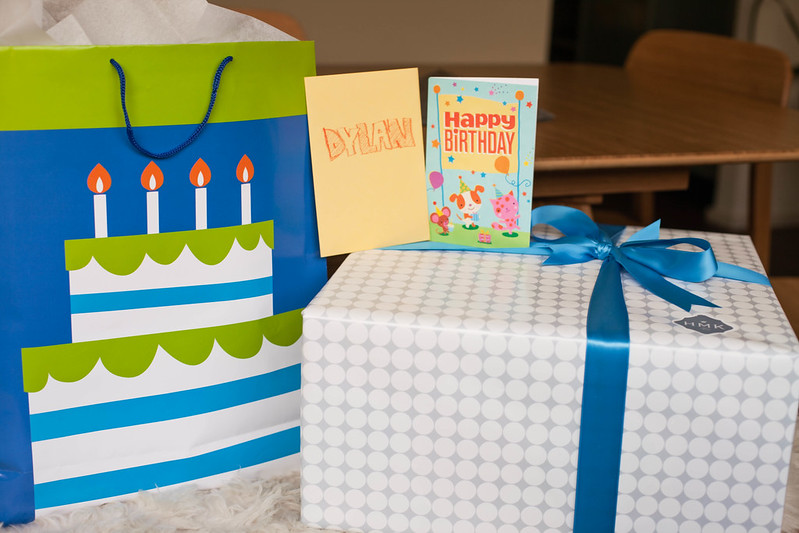 We had a little family celebration of Dylan’s 2-year birthday a couple weeks ago, and it was amazing to see him actually understand the idea of opening gifts and get excited to see what as inside each box!  I had set out his gifts on the living room floor the night before and he instantly shrieked and ran over to open his gifts the moment he came down the stairs in the morning (I just got out of the shower in these pics so excuse the wet hair and makeup-free face!).

I wanted to get Dylan something special and unique for his 2-year birthday so I headed out to the HMK store out in Southlake as I knew they’d have lots of gifts to choose from with free personalization options (read about my first trip there). 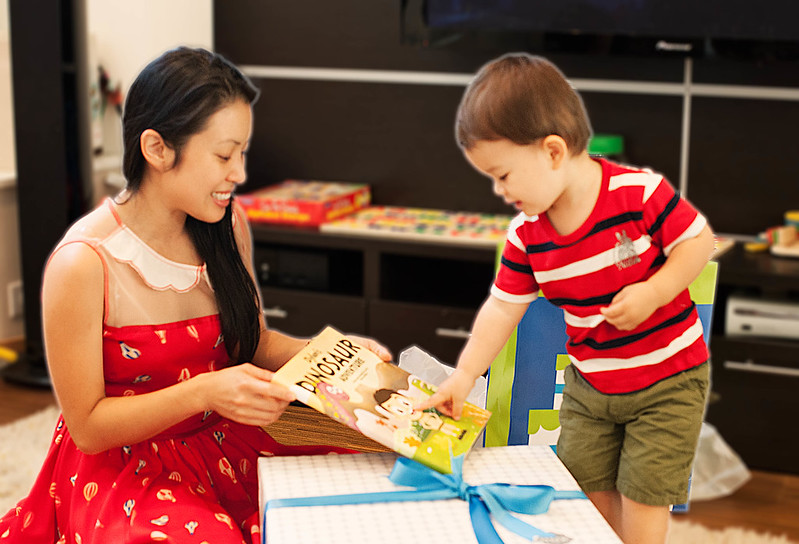 Dylan’s first gift was a story book that I actually was able to have customized with his name and character likeness!  After selecting the character’s hair, eye, and skin color and loved how the result ending up looking quite like our little Dylan! 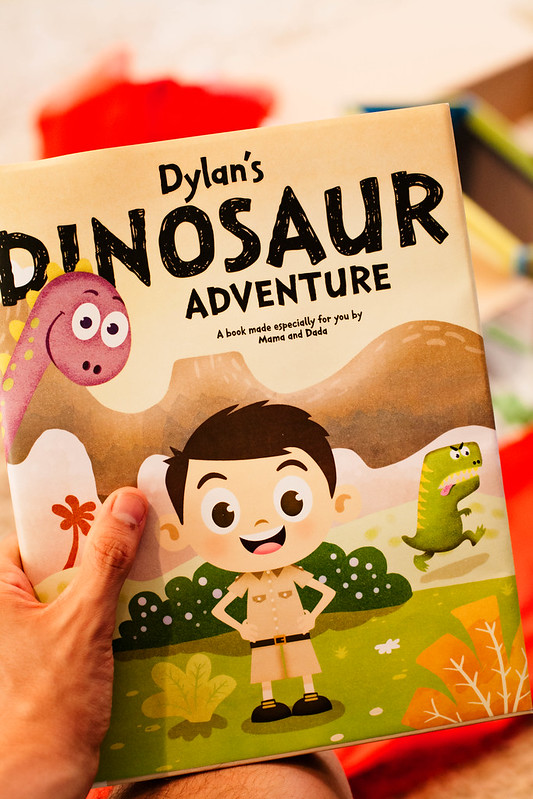 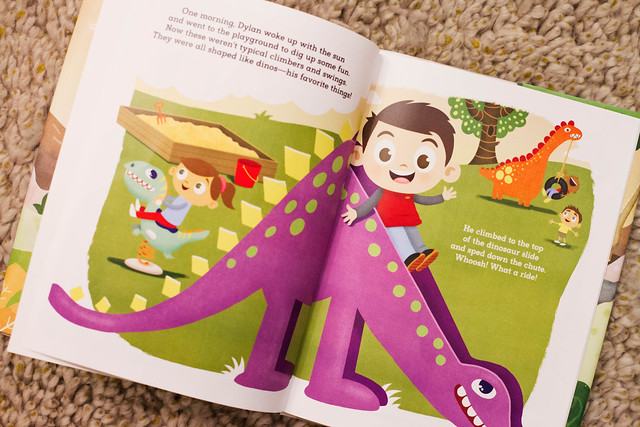 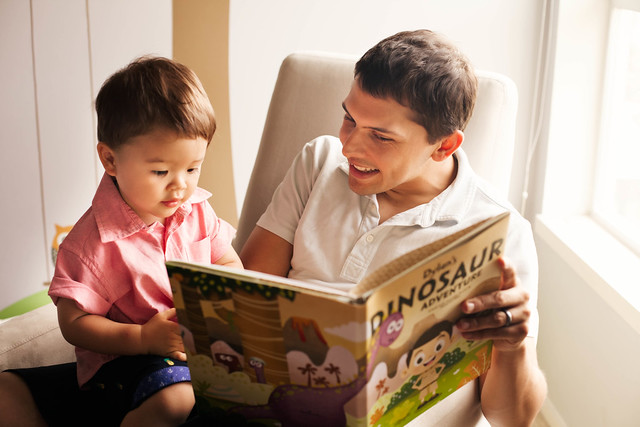 The second half of Dylan’s gift was the Hallmark Winnie-the-Pooh Interactive Story Buddy, a bundle that included a storybook, cd, and a Pooh bear that responded to different phrases in the story. 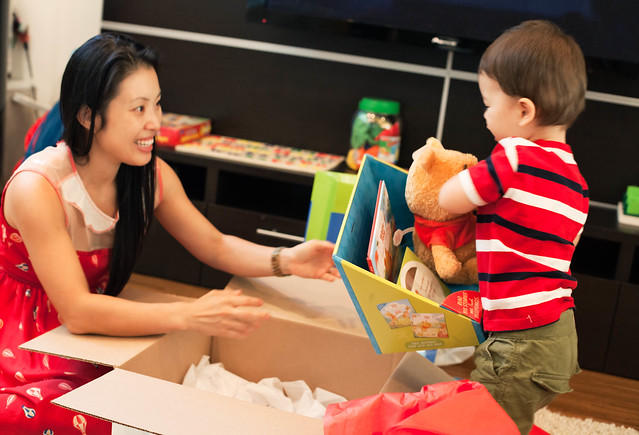 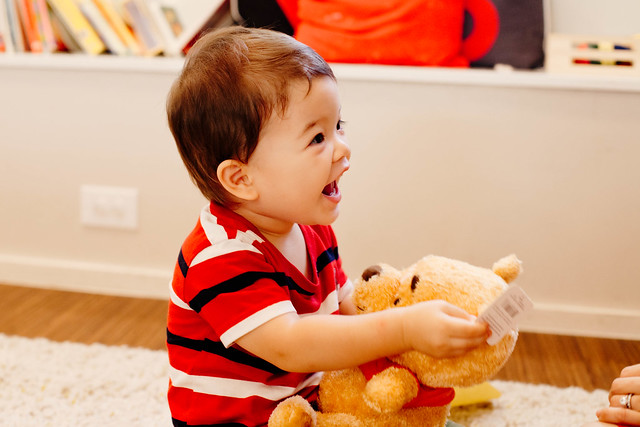 Dylan has been in a phase where he’s loved teddy bears of all kinds after having gotten attached to the “Dancing with Teddy” song that we sing in his weekly music class.  I had a feeling the Pooh bear would be a hit but I had no idea he would love it so much!  The storybook is a bit advanced for him right now but the Pooh bear has become his new sidekick.  He never took to a “lovey” before but now he calls for it by name if he doesn’t have it by his side during naps and bedtimes! 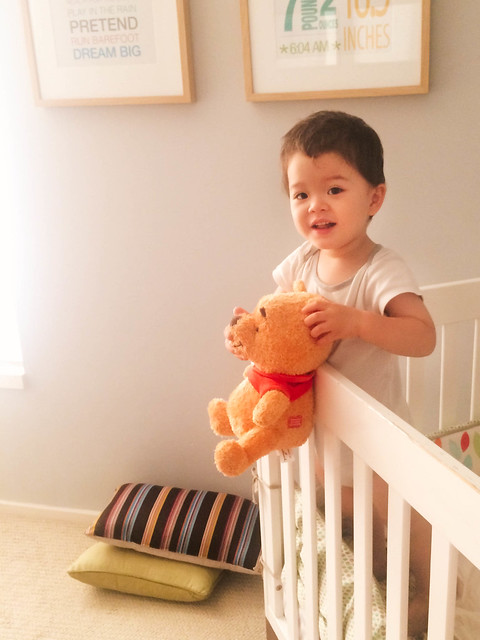 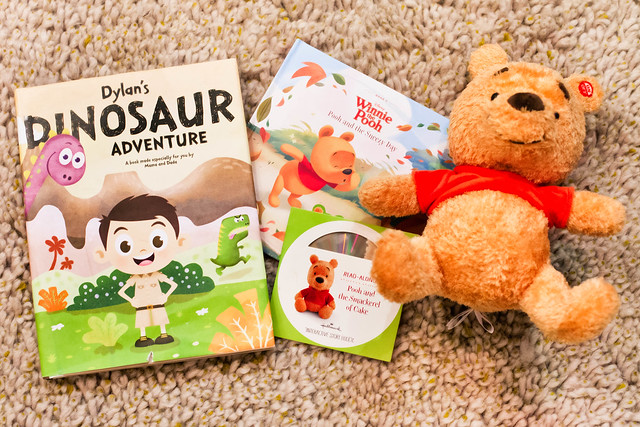 It’s such a joy to watch Dylan grow up and I’m so glad I was able to find such special gifts from HMK to help him celebrate his 2nd birthday!

Leave a Reply to mark a. Cancel reply