Last weekend Adrian and I drove down to Austin for our first ever yoga festival together.  To give you a little bit of background, I’ve been doing yoga for about 5 years now and have a pretty consistent practice (although I did take about 1 year off when I when I had a high-risk pregnancy).  I’ve since gotten back into it and my practice has slowly built back up.  Adrian also decided to get into yoga about 3 years ago as he was also looking to get into a new workout routine.  We both love going to the Exhale yoga studio here in Dallas and our mats have provided us something to come back to day after day, year after year, as a place to learn more about ourselves.  We’ve actually talked about attending a yoga festival or retreat together for some time now so when I heard about Wanderlust coming to Austin for the first time this year, it sounded perfect!

Wanderlust is a 3-day yoga and music experience that started back in 2009.  Every year they invite top yoga instructors, world-class DJs, and renowned speakers.  I talked to people who came from all over the world to attend this year’s festival (many even attend multiple Wanderlust Festivals in a year!).  This year’s Wanderlust lineup featured many notable yoga celebrities such as Seane Corne, Shiva Rea, and MC Yogi. 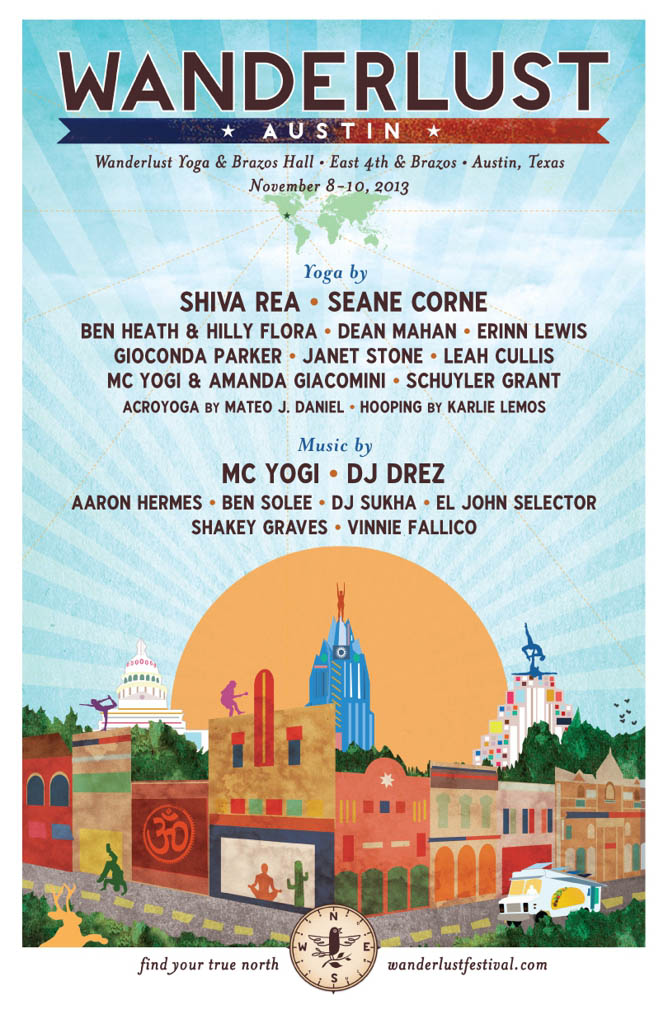 Upon arriving in Austin on Saturday, Adrian and I decided to try out Seane Corne’s Empower Flow class first thing.  The flow led us through a series of sun salutations and weaved in prayers to those less fortunate throughout the poses.  Seane has long been an articulate voice for social change (not to mention a rather famous yogi as well) and it was inspiring to hear her messages for justice and relief.

After a quick lunch outside at the Whole Foods food truck, we checked out a True North Alignment session by Leah Cullis,  The class started off with everyone gathering together and having people share personal experiences about how they were making efforts to discover and re-align themselves with their true self.  Leah then guided us through a rigorous Baptiste-style flow that involved surya namaskar a and b followed by twists and backbends.  The structure was similar to those that I go to here in Dallas, so I loved it! 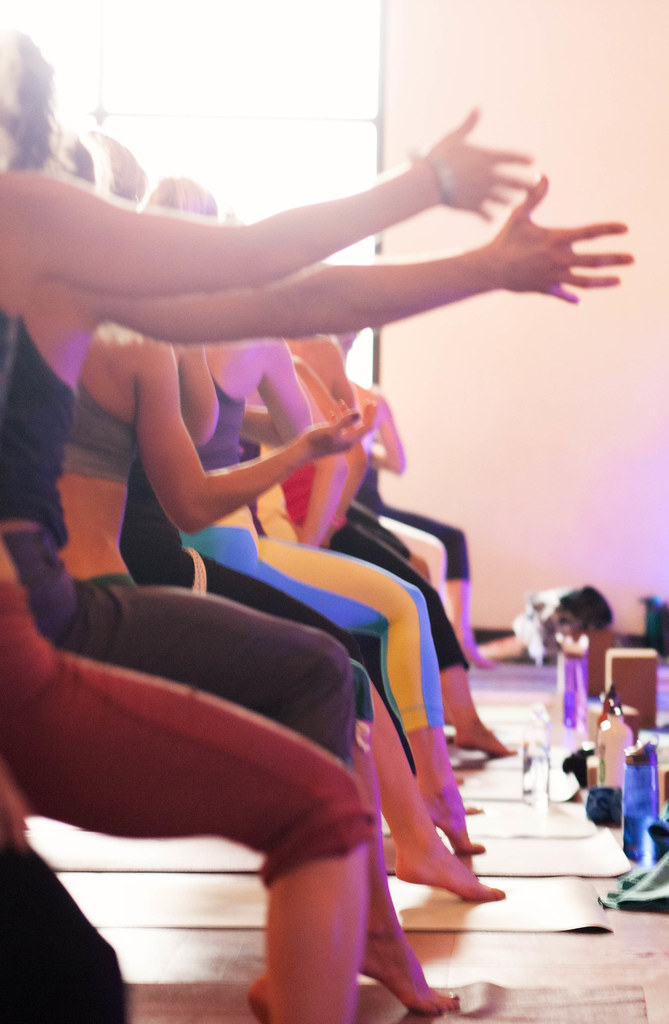 Afterwards, Adrian and I decided to venture into the Kula Market where local vendors and boutiques had set up shop. There were also a few workshops and demonstrations happening throughout the day including Acro Yoga, hula hooping, and aerial yoga.

For our last session at Wanderlust, Adrian and I went to a Elements of Asana session led by Ben Heath and Hilly Flora, with live music provided by DJ Sukha!  I absolutely love love love yoga classes with live music as music helps me get into my yoga zone and my practice seems to come alive.  The instructors knew an extensive amount of human anatomy and how it corresponds with yoga so it was really interesting for the nerd in me who likes to understand body mechanics.  The class concluded with a bit of a workshop on inversions where we learned techniques and tips on how to master the art of flight in yoga.  This was probably the favorite part of the class for both me and Adrian as we both have been working on mastering handstands and forearm balances for the past several years.

ALSO READ:   I Tried SoulCycle's At-Home Bike: How Does It Compare?

There were so many fun events this weekend that we would have like to attend.  There were also plenty of outdoor activities including paddleboard yoga, yoga on a boat, and trail runs along Town Lake.  Music performances were happening all day long and MC Yogi even had a special concert on Saturday night! 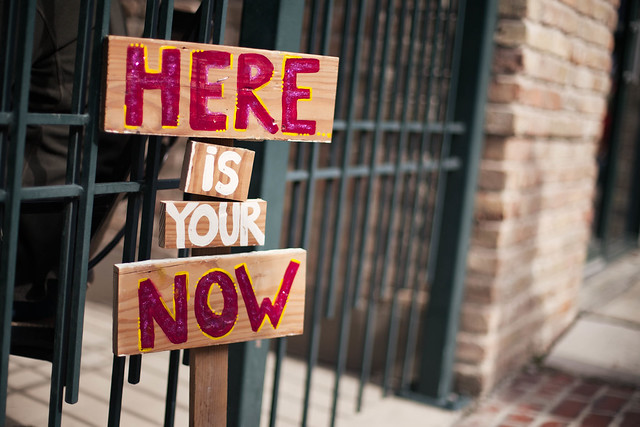 I connected with so many amazing yogis and instructors during my time in Austin and loved the community that the Wanderlust Festival brought together. The experience is unparalleled and I can’t wait for Wanderlust 2014 already!

* Disclosure:  Adrian and I were provided media passes to attend Wanderlust Austin.  All content and opinions are honest and my own.  Thank you so much for supporting my blog and allowing me the opportunity to take part in such amazing experiences! Pink Moto + Army Green
This weekend is going to be filled with great things!…