Last weekend I had one of those days where it seemed like everything was going wrong.  I’m naturally a pretty positive person and it didn’t even really come to me until I was sitting down at dinner, but that day it seemed like anything that could go wrong, did go wrong.  Honestly, it’s taken me a couple days to recover from that day and I’ve had time to reflect on the lessons I learned and how I could have done things differently as well as some takeaways for myself.  I figured especially with the popularity of Instagram these days, it can be hard to see the struggles that everybody goes through, so I wanted to share some of mine the lessons I learned today.

THE LESSONS I LEARNED

A Downhill Rollercoaster Of A Day

As much as I don’t want to, let me share a bit of my day that seemed to go wrong with you.  It started with my laptop crashing.  Not just once, but continuously.  Less than 10 minutes after my computer was up, everything would freeze, I would love any unsaved work that I had, and I would have to do a hard reboot.  At the same time, Dylan was also wanting to play piano and was working to learn a new line in his “cuckoo” song.  I had showed him three new notes to play yet he was struggling with the first two and I could feel my frustration beginning to rise.  I was getting exasperated with my laptop while trying to help Dylan and ended up getting to the point where I yelled at him (something I’m extremely unproud of doing and even writing it out is difficult).

Later that afternoon I met with a new friend who I’m working with to produce video content and we had plans to shoot our pilot.  Unfortunately about 20 minutes into our session, the microphone stopped connecting to the recorder and we couldn’t figure out how to get it to work again.  What was originally planned as a 1-hour session ended up taking over 2 hours and still, we weren’t able to get the audio to work.  I felt defeated and disappointed at the time taken away from my family as we’d need to end up finding additional time to re-shoot our video.

As my afternoon plans were then pushed back, I then scrambled to get a photoshoot in for a collaboration I was working on and due in a couple days for draft review.  While it seemed like the pictures were turning out well and I was later sharing the details with Adrian, he pointed out a fact that made me realize my photos were potentially not going to meet all the post requirements and again, I felt like I had ended up wasting my time.

At that point, I was also running late to meet another blogger friend (Karen Lao if you guys know her — she’s awesome!) who wanted to catch up over coffee.  I got caught in traffic, ended up taking a side road as the highway exit was blocked off, only to then make the mistake of getting on the HOV entrance as I was trying to get back onto the highway.  Unfortunately the HOV lane has limited exits and I ended up getting shot out about 3 miles past where I needed to be to meet Karen.  Needless to say, I felt super guilty about being 20 minutes late.

As I was wrapping up my meeting with Karen, Adrian ended up calling me as he was trying to find a receipt so that we could return a few Ikea items that didn’t work out.  I had cleaned up my desk area earlier that day for our video shoot and while I thought I knew where the receipt had been stowed, it wasn’t the right one and I started to panic thinking that we’d be unable to return 2 large furniture pieces costing almost $200 that we had purchased just the previous day.  Even more so, we had borrowed my parents’ truck to transport the furniture home and left Adrian’s nice car out on the driveway at my parents’ house.  I felt bad that he had spent so much time looking for this receipt that it was now dinner time and he wouldn’t have a chance to return the truck or pick his car back up.

I ended up picking up poke bowls for the family as our dinner since it was pretty obvious that I wouldn’t have time to do any cooking.  As I came back home and pulled into the driveway, Mei and D both came running out to greet me.  Mei was wearing her Princess Anna Frozen costume (she loves playing dress up!) but ended up tripping and skinning both knees.  Dylan had opened the door to my car and was wanting to grab his poke bowl from the to-go bag.  In trying to move Adrian’s bowl out of the way, the lid came off and we had a huge pile of rice, edamame, and corn bits all spilled onto the garage floor.

ALSO READ:   How to Survive the Holiday Season: 5 Top Tips As the day ended, I was feeling pretty bummed and was honestly just ready to go to sleep.  I was tucking my kids into bed and Dylan asked me, “mom, what was the favorite part of your day?”  I had started a ritual from when Dylan was about 2 years old where we could both share our favorite part of the day before going to bed.  In the blur of everything that had gone wrong earlier that day, the question actually took me a bit by surprise.  I had to take a minute and re-shift my mindset to find the good that came out of that day — I shared how the warm welcome I received when both he and Mei came running out to greet me as I came home made me happy.  Dylan’s question reminded me the importance of gratitude and even when it seems like so much is going against you, to focus on the positive and to find even the sliver of good that came out of that day.

I’m guilty of always trying to do too many things at once and as a mom, I feel like sometimes we have to be good multitaskers.  But, that day reminded me also that my kids need my attention 100%.  I need to put away the technology, get my head out of whatever obligations may be stressing me out at the moment, and focus on my kids who need me more than anything.  For me, there are times when I need to put down my work even if I’m in the middle of something and give my kids my complete attention.  For me, I had ended up putting my crashing laptop aside and all it took was 10 minutes of sitting down next to Dylan to help him before he was able to figure out his new piano notes.

Have A Mindful Moment

When it seems like so much that’s going wrong is out of my control, I need to remind myself to pause and breathe.  I’ve often told my kids about having “mindful moments” when they need to calm themselves down, and it’s such a good reminder that even we as adults need.  I’ve shared my tips on being a more mindful parent here before (the Spire Stone really does help as it vibrates to remind you to take a break when your heart rate and stress levels go up).  Having a moment when I close my eyes, focus on my breathing, and mentally reset has really helped me to not let a series of bad luck get the best of me.

When you’re falling behind or not meeting expectations, it’s always good to communicate with the other side.  I was running late to my meeting with Karen but ended up texting her beforehand to let her know the situation.  People are almost always understanding if you give them a heads up on what’s going on and even as a manager myself at work, it’s something that I appreciate as it helps me plan and know expectations as well.

Own It And Move On

Similar to communicating when you’re falling short, it’s also important to own your mistakes and move on.  Apologies go a long way to reconciling relationships and I’ve learned never to have too much pride not to admit your own shortcomings.  In the case of kids, it’s also good for parents to set the example of apologizing and taking responsibility for their behavior.  I had made the mistake of getting frustrated with Dylan and as a result apologized to him, explaining my actions and what I should have done instead.  We all make mistakes and, even as parents, need to apologize to kids sometimes.

Look For The Lessons

And lastly, every failure is an opportunity to learn.  Even though bad days are never fun, they are opportunities to learn about yourself and grow as a person.  Take a moment to reflect, to think about how things could have been done differently, and learn the lessons from every mistake! These pictures were taken a couple weeks ago at the Dallas Arboretum and it was such a great time that we had running around and just having fun as a family.  It’s a good reminder that we all have days that don’t go as planned but that there are so many other days that exceed our expectations!  As it can be hard to always see the highlight reel that is Instagram, I think it’s also good for us to share our struggles.  Even the worst day can provide lessons that we can take away and I hope this post gives you a little insight into mine!

« I’m On A Podcast! Get To Know Me
LOFT Dressing Room Try-On » 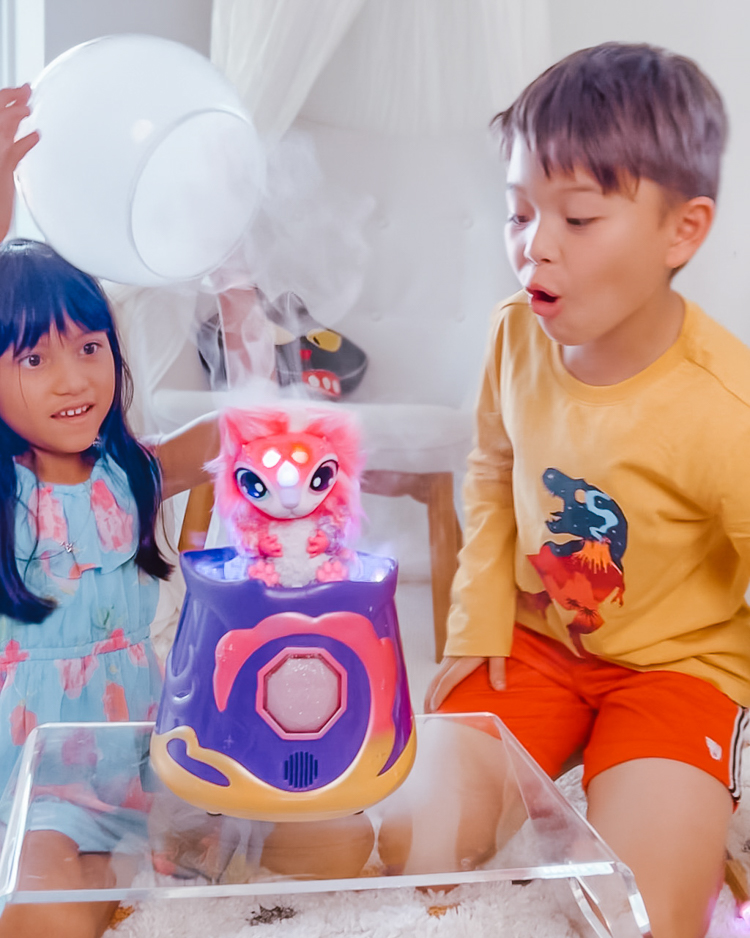 I’m On A Podcast! Get To Know Me
Hi!!  Work has been keeping me busy this week so…